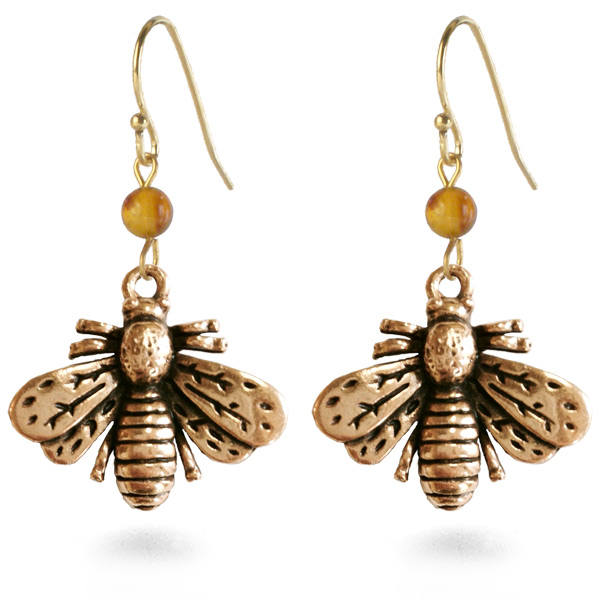 Depicting the Garden State's official insect, the honeybee, these earrings are made of base metal (pewter & white metal) with an antique gold plate and reconstituted amber beads. The wires are surgical steel with gold plating.

This design, called the Napoleonic Bee, has an interesting connection to New Jersey history.  It became the symbol for Napoleon Bonaparte (1769-1821), the Emperor of France from 1804-1814.  As Emperor, Napoleon I appointed his older brother Joseph Bonaparte King of Naples and Sicily (1806-1808) and in turn King of Spain (1808-1813).  After Napoleon's fall from power Joseph lived primarily in the United States from 1817-1832. Initially enjoying life in New York City and Philadelphia, he finally settled into the former Sayre estate, Point Breeze, in Bordentown. A King in our county!

The earrings each measure 3/4" x 1" with a 1 1/4" drop. Comes with an information card telling of the origin of the Napoleonic Bee symbol.