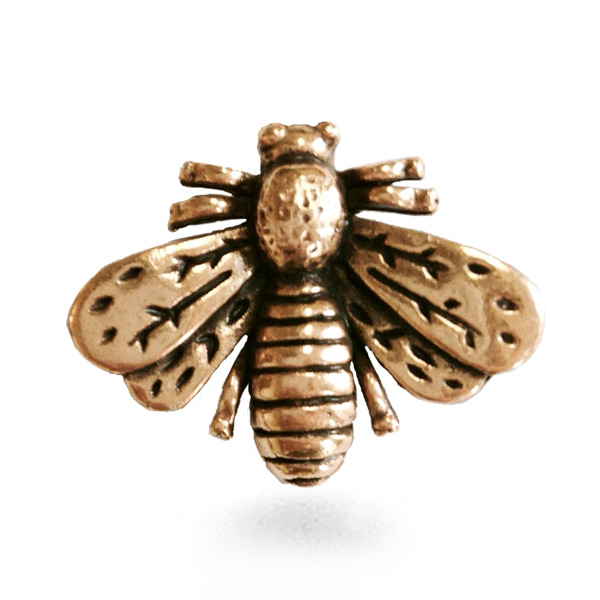 This Bee lapel pin made of base metal (pewter & white metal) with an antique gold plate depicts the Garden State's official insect.

This design, called the Napoleonic Bee, has a unique connection to New Jersey history.  It became the symbol for Napoleon Bonaparte (1769-1821), the Emperor of France from 1804-1814.  As Emperor, Napoleon I appointed his older brother Joseph Bonaparte King of Naples and Sicily (1806-1808) and in turn King of Spain (1808-1813). After Napoleon's fall from power Joseph lived primarily in the United States from 1817-1832. Initially enjoying life in New York City and Philadelphia, he finally settled into the former Sayre estate, Point Breeze, in Bordentown. A King in our county!

The pin measures 3/4" x 1" and is attached from behind with a separate clasp. Comes with an information card telling of the origin of the Napoleonic Bee symbol.