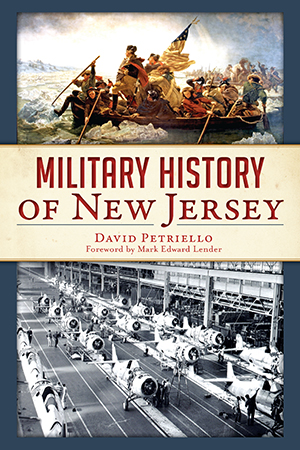 Highlights of New Jersey's contributions to the defense of the nation.

War came to Garden State soil early. The Dutch fought the Indians in Kieft's War, while the English fought the Spanish in the War of Jenkins' Ear and the French, Swedes and native nations in dozens of other conflicts. New Jersey played an integral role as the "Crossroads of the American Revolution." The Battle of Trenton, the crossing of the Delaware and battles at Monmouth and Springfield helped the colonies break free from Britain. During both world wars, German submarines lurked along the coastline.

Historian David Petriello presents a comprehensive military history of New Jersey, highlighting the state's major and lesser-known engagements and contributions to the defense of the nation.