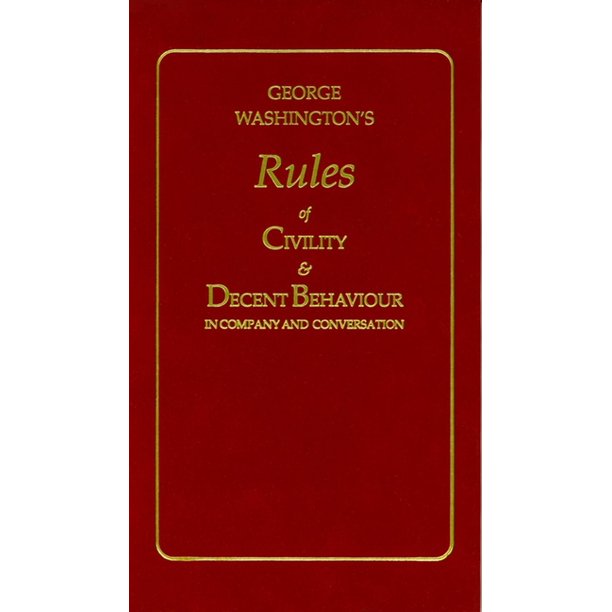 Copied out by hand as a young man aspiring to the status of Gentleman, George Washington's 110 rules were based on a set of rules composed by French Jesuits in 1595. The first English edition of these rules was available in Francis Hawkins' Youths Behavior, or Decency in Conversation Amongst Men, which appeared in 1640, and it is from this work that Washington seems to have copied. The rules as Washington wrote them out are a simplified version of this text. However much he may have simplified them, these precepts had a strong influence on Washington, who aimed to always live by them. The rules focus on self-respect and respect for others through details of etiquette. The rules offer pointers on such issues as how to dress, walk, eat in public, and address one's superiors.

From the Little Books of Wisdom series, Applewood Books

Your purchase helps to support the collections, exhibitions, and programs of the New Jersey State Museum