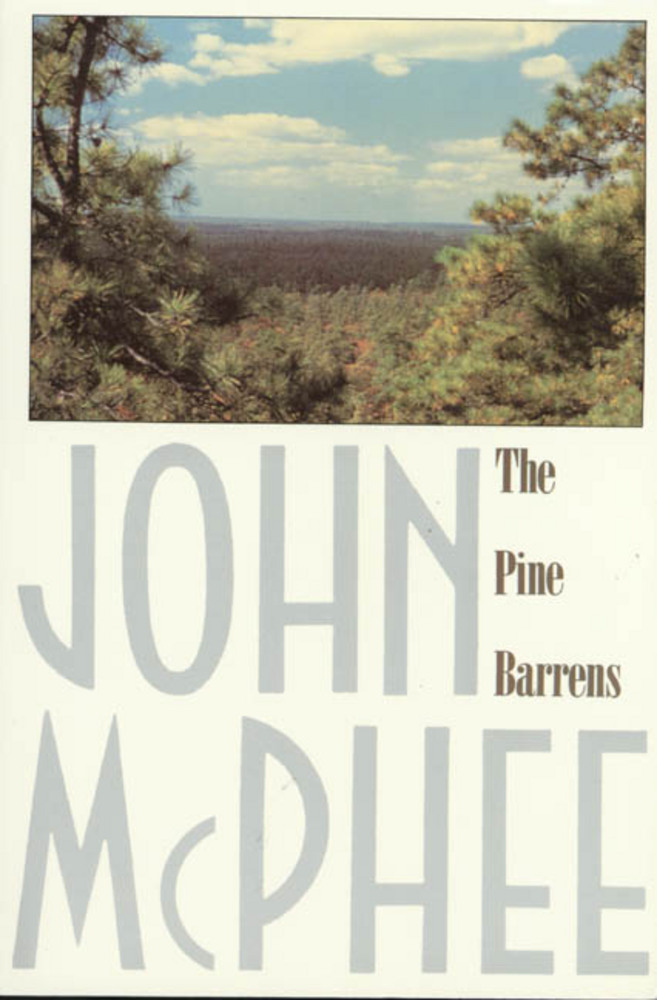 Many people outside of New Jersey think of the state as a suburban-industrial corridor that runs between New York and Philadelphia.

Yet in the low center of the state is a near wilderness, larger than most national parks, which has been known since the seventeenth century as the Pine Barrens.
The term refers to the predominant trees in the vast forests that cover the area and to the quality of the soils below, which are too sandy and acid to be good for farming. On all sides, however, developments of one kind or another have gradually moved in, so that now the central and integral forest is reduced to about a thousand square miles. Although New Jersey has the heaviest population density of any state, huge segments of the Pine Barrens remain uninhabited. The few people who dwell in the region, the "Pineys," are little known and often misunderstood. Here McPhee uses his uncanny skills as a journalist to explore the history of the region and describe the people—and their distinctive folklore—who call it home.

About the author ~ John McPhee was born in Princeton, New Jersey, and was educated at Princeton University and Cambridge University. His writing career began at Time magazine and led to his long association with The New Yorker, where he has been a staff writer since 1965. McPhee received the Award in Literature from the Academy of Arts and Letters in 1977. In 1999, he was awarded the Pulitzer Prize for Annals of the Former World. He lives in Princeton, New Jersey.

Your purchase helps to support the collections, exhibitions, and programs of the New Jersey State Museum.