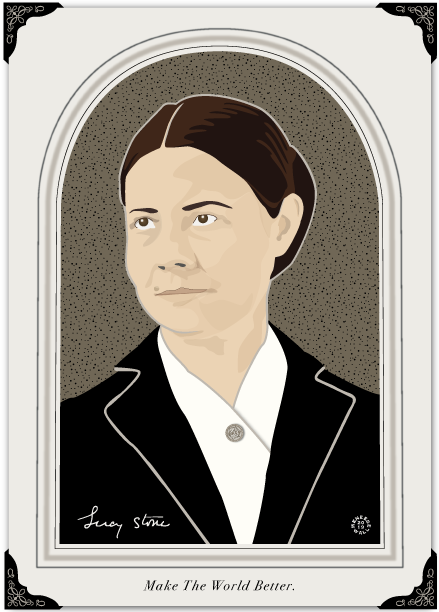 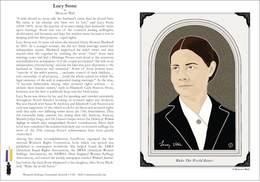 “A wife should no more take her husband’s name than he should hers. My name is my identity and must not be lost,” said Lucy Stone about the practice of women taking their husbands’ name upon marriage. Stone was one of the country’s leading suffragists, abolitionists, and lecturers, and though she did use her married name for the first year of her marriage, she changed it back to Lucy Stone as it was more in keeping with her life’s purpose - equal rights.
Among her many accomplishments, Lucy Stone organized the first national Women’s Rights Convention, from which one of her speeches was published in newspapers worldwide. She helped found the AERA (American Equal Rights Association), the AWSA (American Woman Suffrage Association), and the NEWSA (New England Woman Suffrage Association). With her husband, Stone started the Woman’s Journal, a weekly newspaper, in 1870 of which Carrie Chapman Catt said years later, “The suffrage success of to-day is not conceivable without the Woman’s Journal’s part in it.”