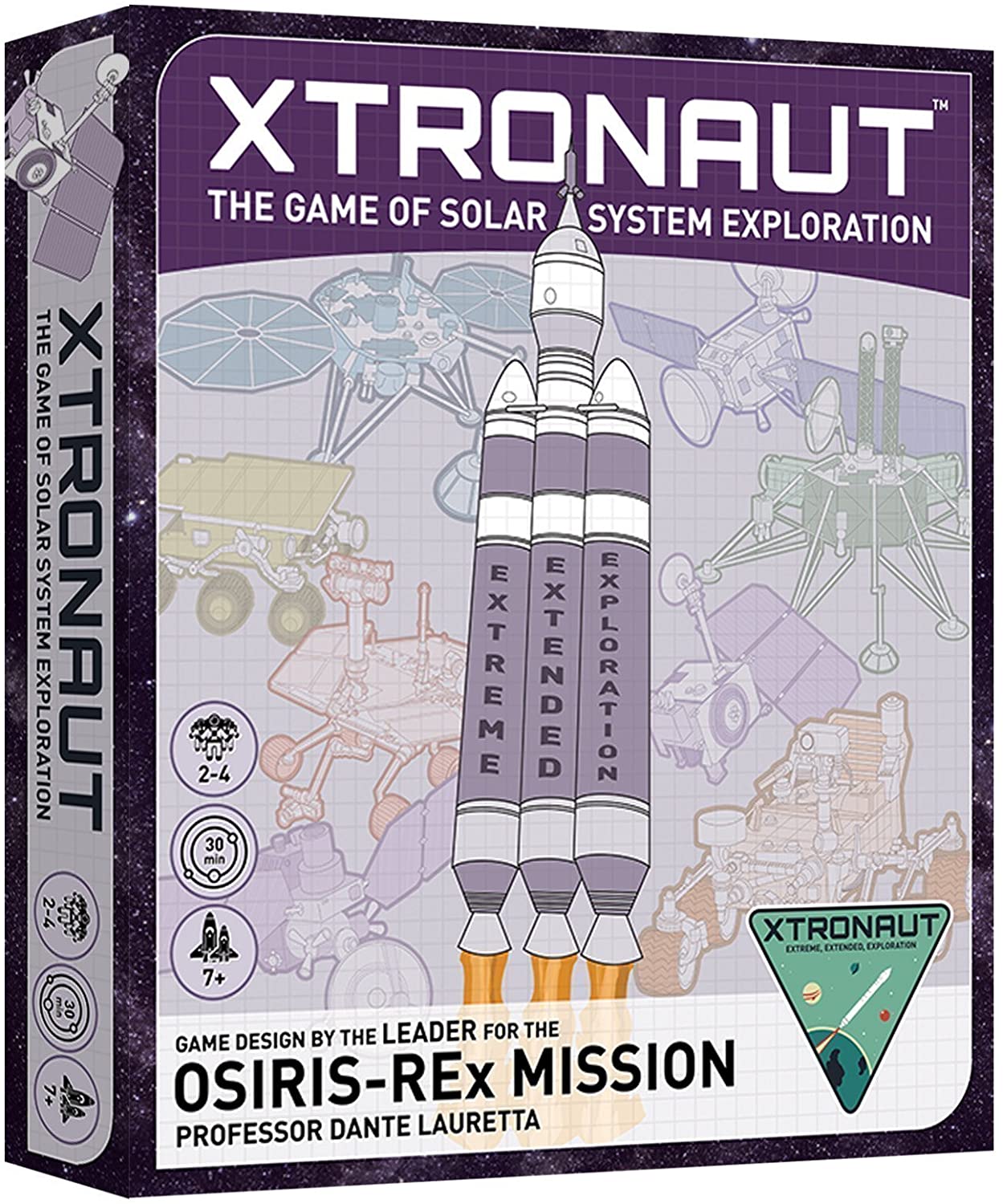 OSIRIS-REx - Origins, Spectral Interpretation, Resource Identification, Security, Regolith Explorer - launched from Cape Canaveral in September 2016 aboard an Atlas 5 rocket.  The spacecraft reached Bennu in December 2018, and has surveyed the asteroid for nearly two years in preparation for landing and collecting particles from the asteroid which it did on October 21, 2020. Dr. Lauretta, confirmed  “The spacecraft did everything it was supposed to do. So, we did it. We tagged the surface of the asteroid."!!

XTRONAUT: The Game of Solar System Exploration is a card-based board game that is easy to learn, and gives players the chance to develop space missions, build authentic rocket systems, and explore the solar system.
The game is based on real planetary missions and rocket science, and it was designed by Dr. Dante Lauretta, OSIRIS-REx’s principal investigator from the University of Arizona.

While XTRONAUT is fun and engaging, players are also exposed to space science concepts related to planning and undertaking a real space mission.